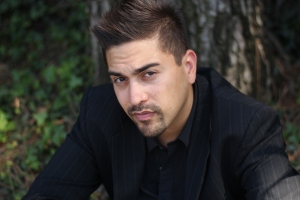 Pablo Nuñez was born in Bellflower CA, and raised in Monterey Park CA.
It’s located only a few cities away from the “glitz & glam” Hollywood.

As a young boy, Pablo LOVED the film industry and always dreamed of becoming an Actor.

In elementary school, he produce and directed his own skate movies with himself as the principle skater.
By the time he was a freshman in high school, he was able to have his skater movies aired by local TV Stations.

As time went on, Pablo became an entrepreneur. He gained success in Promotions/Event planning, Sales & Marketing and had “leaps & bounds” in the Real Estate Industry.
At the age of 20, Pablo Time Nuñez was a successful Real Estate Prodigy, averaging $20K a month, with his most successful month being well over $60K.

Pablo Nuñez has always been a BIG dreamer and goal setter, he learned early on, that money didn’t bring happiness if you weren’t doing what you loved.

In January of 2011 at the age of 27, Pablo Nuñez decided to go BACK to what he LOVED and followed his dream to become an actor!

Pablo believes that acting is like owning your own business and to succeed, you MUST have discipline, determination, focus, consistency, positive attitude, and be willing to risk what most people won’t. THIS is what gives Pablo Nuñez the confidence and knowledge that he’s going to make it!

Pablo Nuñez is a very committed actor who is continually training, working and growing his craft!
Not only does he believe in preparation but also in promotion! Pablo is really big about marketing and he will work hard to promote any project he’s involved in!
If you’re looking for a team player to bring exposure on your next project and professionalism as an actor, then Pablo is the Actor you need!! 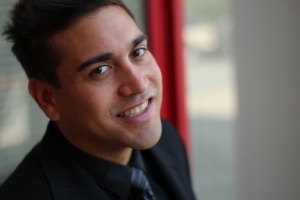 Most people say they want to start giving back to their community when they make it BIG. I believe that if you truly want to start giving back when your BIG you have to start taking action on your goals now even if it’s at a small pace. My name is Pablo Nuñez, and I am a Happy Strong Powerful Loving Giving Hard Working Leader that Loves to take action on my goals now!!! -Pablo Nuñez

Pablo Nunez has extraordinary talent that he shares with the youth at the Active Actors Acting Class in Yucca, Hollywood Recreation Community Center. The community has benefited from Pablo’s passion for acting in inculcating the six important tools in acting. He introduces exercises such as actors are paired up facing each other expressing emotions upon direction of acting coach.
Listening skills are enhanced when two actors come to the front.
-Lucille A. McElroy-

Coach gives a scenario such as “you are both brothers and sisters and older brother accuses younger sibling of going in his room. The other actor must repeat the last word and starts with sentence with the word. And vice versa. Each participant has the opportunity to be on camera to slate, profile and cold read. We are fortunate to receive Pablo Nuñez’ generosity of his expertise and time.
-Phonenix Prince-

I want to thank my acting teacher Pablo Nuñez for giving me all his acting classes it really helped me on life and made me think of what i want to do in my future, thank you so much for this one class when we had to let it all out and that class showed me how there is going to be bad times and good times in life this is the class i will never forget also I would not forget my last class with you because its true there is no limites in life and when one day I get a grammy your going to be the first one to thank. Your student , -Daniela Carrillo-

We at Active Actors, working proudly every week with Parks and Recs Dept of the City of Los Angeles with Pablo Nunez’s class programming, feel forever indebted to Pablo for his leadership and love of the craft of acting and filmmaking and his sharing so generously.  -ActiveActors.Org, Yucca Hollywood Recreation Community Center